6th Research Forum of the Dept. of Public and International Law 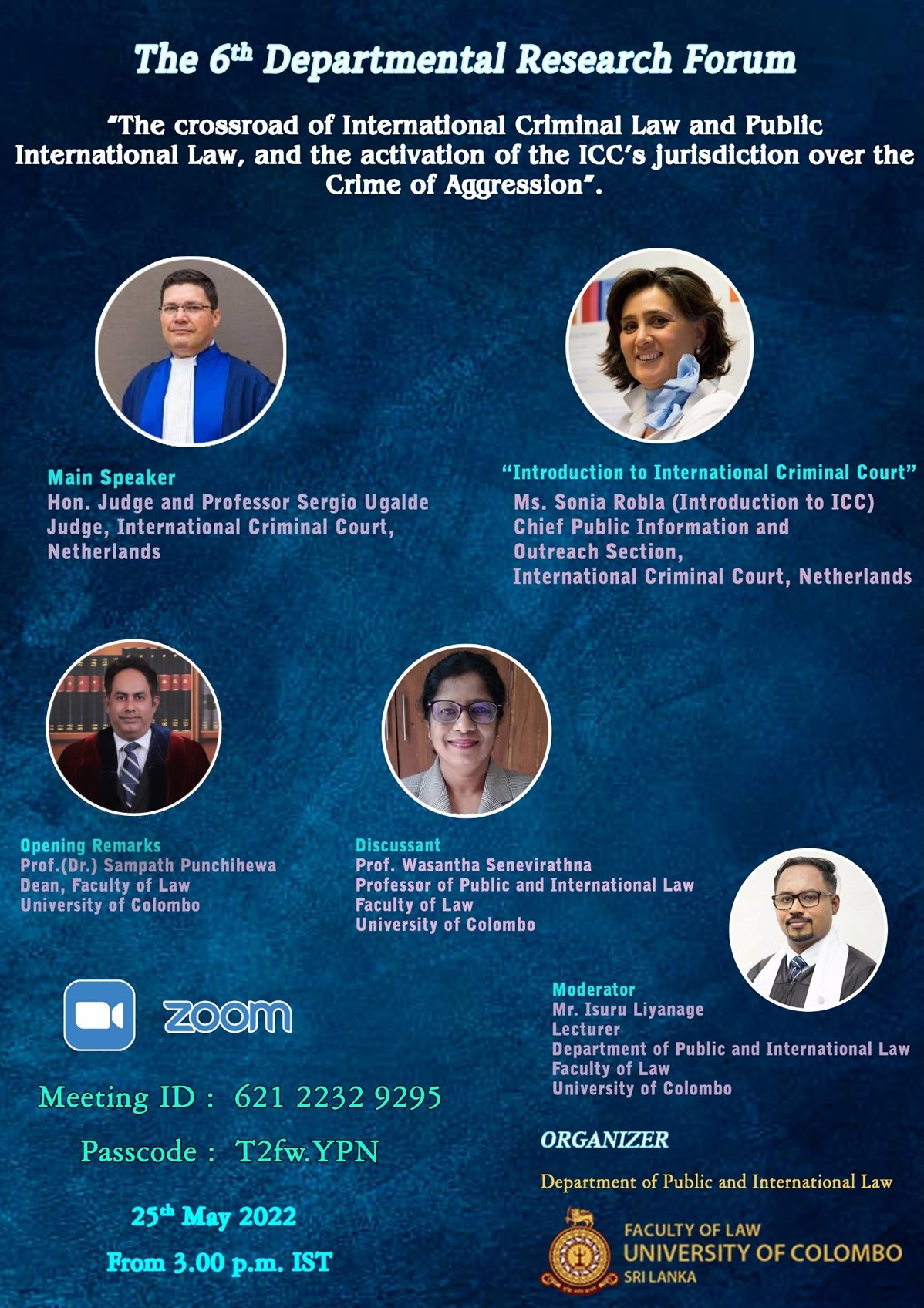 6th Research Forum of the Dept. of Public and International Law

During his lecture, he focused on the jurisdiction of the ICC with special emphasis on the crime of aggression. He articulated his views based on the principles of public international law and international criminal law and showcased the contemporary trends accordingly. He also shared his experience relating to the ICC and its functions. This provided valuable insights into the application and implementation of certain internationally recognized norms and principles.

The session was commenced by Professor N.S Punchihewa, Dean Faculty of Law, the University of Colombo with a welcome note. Then Professor (Chair) Wasantha Senevirathne, Head Department of Public and International Law, Faculty of Law, gave an introduction to the main topic and the main speaker of this session. The research forum arranged a question and answer session towards the end of Judge Ugalde’s speech. Finally, the session was concluded with a formal vote of thanks proposed by Mr. Isuru Liyanage.

Due to the pandemic situation prevailing in the country, the forum took place on an online platform yet was able to attract a large number of participants virtually. Any researcher or student of law interested in listening to his lecture and would like to access the materials shared by the resource persons is encouraged to write an email to pil@law.cmb.ac.lk requesting the same, mentioning their name, occupation, affiliation, and the purpose.

Winners of the Debatinators 22 Debate Championship

Call for Applications – Master of Human Rights and Democratisation

CALL FOR VOLUNTEERS – The Legal Aid Unit, Faculty of Law